"Oh, happy day
When Jesus washed my sins away."

“It’s amazing that God would take a simple little song like that and do what he’s done with it,” says Edwin Hawkins, the man behind one of gospel music’s best-loved hits.

Hawkins first encountered the old-time Baptist hymn as a child listening to the legendary Philadelphia-based gospel group The Davis Sisters. He later rearranged the song and taught it to the Northern California State Youth Choir, a community choir of tee

ns and young adults he founded with friend Betty Watson. On a bus ride home from a Church of God In Christ youth convention, the group decided to keep singing together.

In 1968, they recorded Let Us Go Into the House of the Lord on a two-track machine at Berkeley’s Ephesian Church of God In Christ, hoping to sell 500 copies of the custom LP at community concerts. “Oh Happy Day” was just one of the eight songs on the album. “Oh Happy Day was not our favorite song to perform,” Hawkins says, chuckling softly. “It just happened to be one of the songs we sang.”

The album received some gospel radio play, but its popularity soared in 1969 after a DJ at San Francisco’s KSAN radio played “Oh Happy Day.” Within weeks, the single was playing across the country, and more than 900,000 copies of the single had sold. “Oh Happy Day” became a major crossover hit, reaching No. 4 on the U.S. pop singles chart. The newly christened Edwin Hawkins Singers were invited to perform on shows like American Bandstand, and in churches, festivals and clubs.

With its gently rolling soul groove, soft Latin percussion, rich lead vocals by Dorothy Morrison and swelling, full-bodied chorus, the song revolutionized the sound of gospel music, paving the way for the contemporary movement that followed.

Though beloved now, “Oh Happy Day” was controversial at the time. A group of local pastors petitioned to have it pulled from rock radio, and many Christians criticized the group for performing in mainstream venues.

“We thought, Why would we just spend our lives singing to each other?” Hawkins says. “Those that don’t know Jesus are the ones we should be singing to and telling about Jesus Christ.” 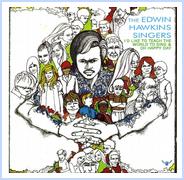 Today, Hawkins trains choirs and musicians through his annual Edwin Hawkins Music & Arts Seminar, encouraging younger artists whose work challenges traditional boundaries. He celebrated the song’s 30th anniversary with an album featuring a club remix of the Grammy-winning hit. When he travels to Europe or Japan, he’s often surprised to find groups of singers who love “Oh, Happy Day.”

“I think that it’s not just the song, but the gospel itself that transcends all racial barriers, language barriers, all of that,” he says.

Thank you so much for setting the record straight. The DJ was Fred Farley. The station was KSOL-AM in San Francisco. The later part of 1969 John Hardy, program director of station KDIA-AM In Oakland, CA added Oh Happy Day to the regular top 20 playlist. The first station in the country to play Oh happy Day in regular rotation everyday. The rest is history.

LaTonya
I'm a writer/editor/grad student who loves talking, thinking and writing about gospel music--almost as much as I love to sing. Think I should review your book or album? Found an article I should know about? E-mail me at gospel dot gal at gmail dot com.